The 6 mm ARC round announced recently by Hornady adds another cartridge to the already large line up of available calibers. The AR platform has seen some of the biggest developments of calibers in history. From its inception, the 5.56 mm caliber has always been the subject of conversation.

Both the military and the public have always been looking for a harder-hitting, better performing cartridge than the original 5.56 NATO round. The issue with the 5.56 is that the bullet is just too small and lightweight.  The military lists the effective range of their “M855” 62 Gr., cartridge at 460 meters.

Effective Range of the 5.56 NATO Round

Though the effective range may be listed out to 460 meters this does not mean that it is truly reliable at this range. It simply means that the bullet will carry enough energy to inflict damage. A more realistic range of the round is between 200 and 250 meters.

The next issue is the size of the bullet itself. Leaving the barrel between 3000 and 3150 fps it is a fast-moving round. This combined with its size can cause it to pass through the target without inflicting a debilitating injury. This makes it not a good choice for hunters or the military.

There are currently 48 different centerfire calibers available for the AR platform. Not including the new 6 mm ARC round or the rimfire rounds. These include calibers specifically engineered to suit the AR platform. As well as a number of pistol rounds and others that happen to be compatible with the platform size restrictions.

When reading the descriptions of how most of these calibers were developed. One thing sticks out, they all start with the same phrase “Developed to improve and replace the inadequate 223/5.56 Round”. The difference with the Hornady 6 mm ARC round is that according to Hornady, it was developed not only to replace the 5.56 round but also the .308 Winchester round.

The ballistic tables and data provided by Hornady show when shooting the 108-grain ELD match-grade bullet the velocity is staying supersonic well beyond the 1000* yard range. Which is outperforming the 7.62, 5.56, 6.8 SPC, and the 6.5 Grendel rounds.

(*According to Hornady’s ballistic calculator using our elevation of 7000 Ft, using a 20″ barrel, Temperature 75°, and a humidity of 25%. This represents our average shooting conditions)

The following charts are built using current data from my current loads and comparing them against the published 6 mm ARC data. The data is based upon shooting at an elevation of 7000 ft, using a 20-inch barrel, at an average humidity of 25%. On paper, the 6mm ARC looks to be pretty impressive. At a 1000 yds, the 6mm ARC is the only round to still be supersonic and has a muzzle energy above 500 ft/lbs. The 5.56, 6.8 SPC and 6.5 Grendel are well below on both velocity and energy.

Availability of the Hornady 6 mm ARC

As of the time, this article was written most of the major suppliers show both ammunition and barrels can be pre-ordered. We have gone ahead and ordered up a 20” barrel from Brownells as well as 200 rounds of ammunition. Currently, we do not have any expected delivery date on either the barrel or the ammunition.

What you will need to convert to the 6 mm ARC

To convert a standard AR-15 to the 6 mm ARC caliber you will need a barrel, a new bolt or complete bolt carrier assembly, and new magazines that can carry the larger diameter cartridge. If you already have an AR-15 chambered in 6.5 Grendel, then the only thing you will need to buy is the new barrel.

The current pricing for barrels appears to be pretty reasonable. We paid around $240 for a 20” from Brownells. As for ammunition, the best price I could find was from Midsouth shooters to pre-order at $20 a box.

Hornady is already listing in their catalogs a full line of reloading dies, shell plates and cartridges though all the suppliers I looked at all had them on pre-order.

The Hornady 6 mm ARC cartridge is the newest AR15 round. Shop reloading supplies and ammunition at Brownells 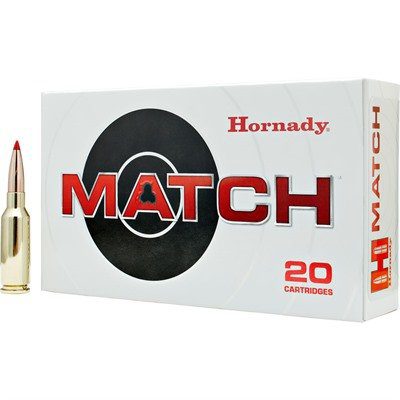 The Real Test of the 6mm ARC

The real test will come when we can get our hands on the barrel and ammunition for this combination. As soon as the items come in, we will do a comparison test in the field against the 5.56 NATO, 6.5 Grendel, .308, and the 6 mm ARC. And we will post the result right here.

Learn how to clean your AR 15 rifle today